How Does The LifeStraw Work? 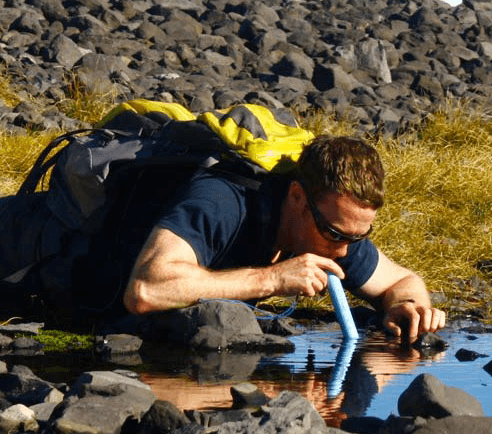 After hiking two miles of single track, I stood over my favorite trout run on the Lackawanna River and realized I’d left two bottles of water in the bed of my truck. Brilliant.

In my rush to get on the water before the evening hatch started, I hadn’t noticed that I’d left the water behind. Now I was overheated, sweating and a bit concerned as the temperature still hovered around 85 degrees. I would be here until after dark with nothing to drink. 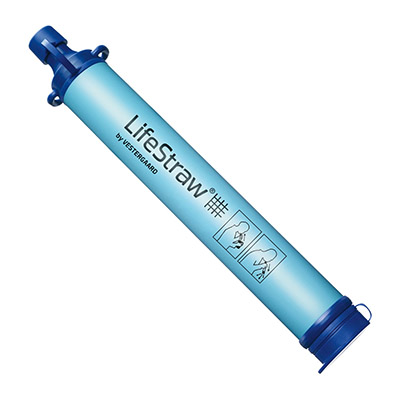 I had been given a Lifestraw Water Purifier as a gift a few months earlier and thought it was a pretty cool idea. I quickly loaded it into the back pocket of my fishing vest with excitement and forgot about it, until now.

Does the LifeStraw work? I was about to find out.

Having never used it before, I inspected it, looking in both ends for some indication of how it worked. I had read all the testimonials of its use in the filthy waters of third world countries and figured I had nothing to fear. At the same time, I’m no fan of vomiting or diarrhea so with some hesitation I lowered it into the river.

A few pulls of ice cold river water later, I felt quenched and slightly more manly. It takes a little effort to get the water fully flowing through the straw, but it’s not bad.

Later, I bragged to some friends that I drank from the Lackawanna River, which many years ago had a reputation of being highly polluted, with no intestinal repercussions of any kind. They all laughed and informed me that the spot I was fishing was a quarter mile downstream of a treatment plant. Not the greatest news, but it reconfirmed the Lifestraw works.

How Exactly Does The LifeStraw Work?

The filtering mechanism is incredibly simple and it has been tested on waters far worse than the average lake or river.

With no moving parts and no chemicals, it forces the water through a series of hollow, micro fibers less that .2 microns across which filter out any bacteria, parasites, dirt, and other junk you don’t want to consume. 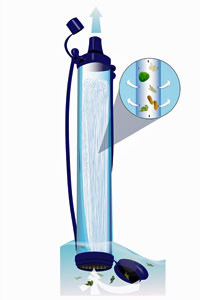 Surprisingly, the water rarely has much taste to it and to clear the filter, you blow air back through it, which seems too simple to work but I do it anyway.

Drink A Kiddie Pool With One Filter

One LifeStraw will purify about 264 gallons before needing to be replaced (it’s disposable so you have to get a new one). But unless you plan on drinking a small swimming pool this weekend, it should last a long time.

The LifeStraw Go – Taking it one step further 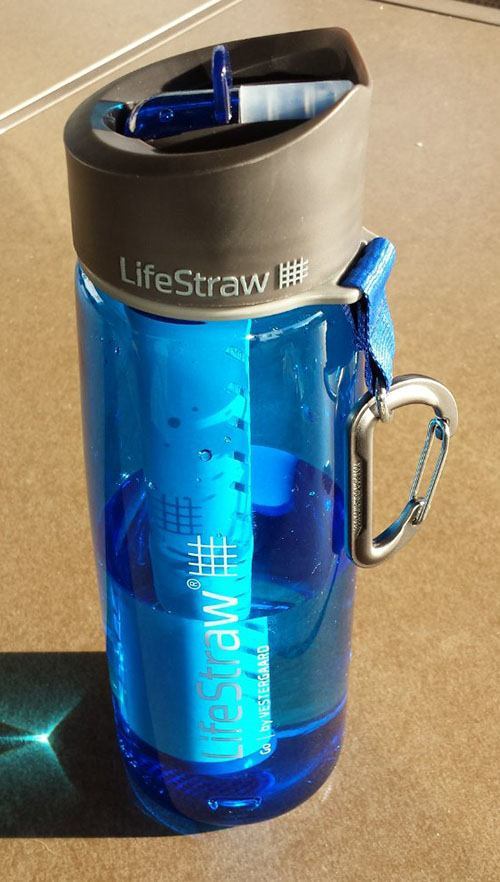 The only negative of the original LifeStraw is that you have to be near water to use one. Obviously.

What if you are only passing a river or lake and will be in dry country for hours or even days?

Just like the original LifeStraw, each filter is still good for 264 gallons of water filtration before needing to be replaced.

The filter is slightly shorter than the original LifeStraw and fits securely in the lid.

​Two rubber O rings keep the filter firmly in place and sealed so dirty water can’t get past it.

If the bottle, filter or mouthpiece ever crack the whole system can be compromised and it would be a good idea to replace it (a warning in the manual).

​It is easier to pull water through the LifeStraw Go vs the original LifeStraw due to the open filter housing which increases the flow. 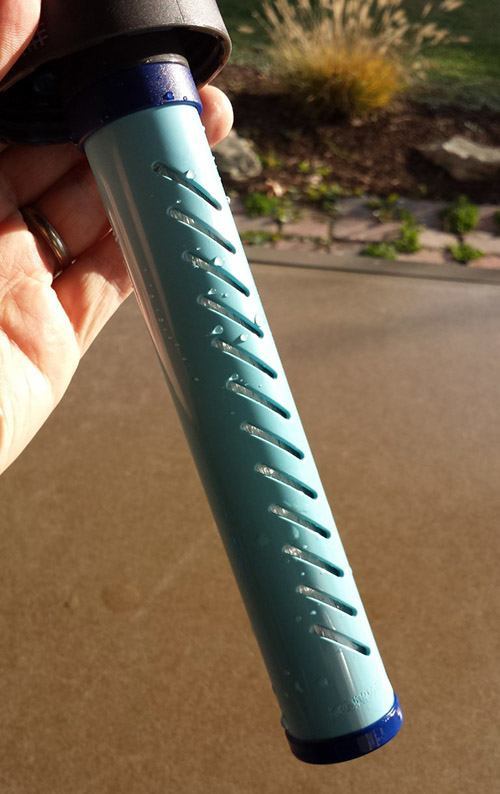 This close-up will give you a better idea of what the filter material actually looks like. Hundreds of micro filament tubes that run from the bottom to the top. Once the filter has reached the end of it’s useful life, you will no longer be able to pull water through it and it’s time for a new one. 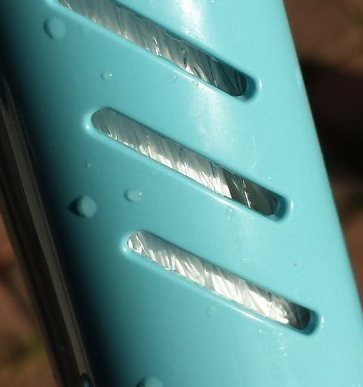 We’ve been using the same LifeStraw Go for over a year and are on our second filter. It’s been used in local lakes and streams and even a few ‘risky’ rivers without incident.

It’s priced right, simple and incredibly effective, making it tough to compete with. There’s the added benefit that for each LifeStraw you buy, one is sent to a third world country who lacks clean drinking water.

Here’s a simple video explaining how the system works. Some of it is obvious but the filter cleaning demonstration is worth watching. It seems too simple to be effective, but it works.

What are other buyers saying about the LifeStraw?

We’ve read 386 online reviews of the LifeStraw Go so you don’t have to!

One of the two main complaints we found in researching the product was that the bottle leaked, so we made this a focus of our review. There are two points of weakness, the air inlet on the top of the bottle allowing air in as you draw on the straw and the connection point of the flip up straw. The latter was the only place we experienced any leakage. But we had to turn the bottle upside down and shake the life out of it to leak even a few drops.

After weeks of use in a pack, on a kayak (love filling from the lake), and even using it as a main hydration bottle at work, it still hasn’t shown any signs of significant leakage. 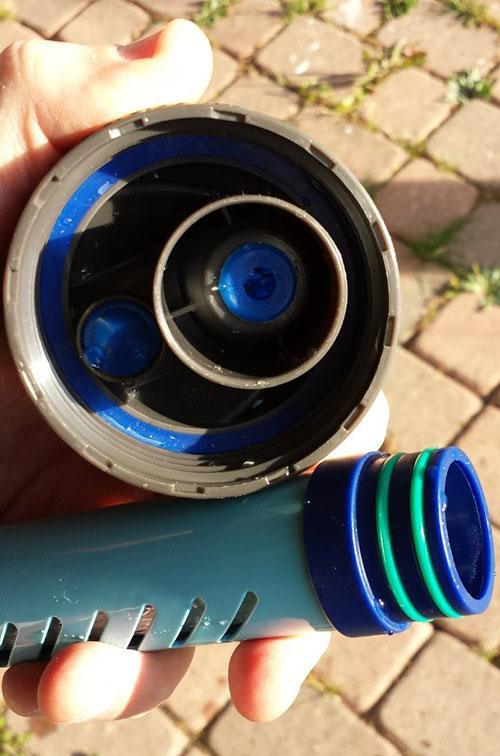 The other main complaint that we feel is worth addressing is the taste of the filtered water described as tasting musty, like plastic, and even having a chemical taste by some reviewers.

While we noticed a ‘filtered’ taste that is hard to describe, it certainly wasn’t extreme at all and fades with usage. One online reviewer solved this issue by submerging the filter in a bowl of clean water for thirty minutes, which does work.

At the end of the day we would rather have a slight filtered taste than the vomiting or diarrhea that comes with drinking bacteria. I struggle to even understand why they are complaining!

There is no debate on how well the system works, only minor negative points like the plastic/musty taste which one reviewer was able to solve by simply submerging the filter horizontally in a bowl of water for an hour.

The positive and glowing reviews of those who have used the system all over the globe far outweigh the small percentage that reported issues with the bottle.

Our own experience with the original LifeStraw and the LifeStraw Go have been very positive. The filter does exactly what is says, it’s inexpensive and simple. Yes, the bottle and it’s seal could be improved but it wasn’t a glaring issue in our experience.

I wouldn’t hesitate to purchase one before your next trip, whether backpacking locally or traveling abroad​.

As always thanks for reading. And please let us know about your experience with the LifeStraw!